This slot machine is an old-timer from Net-Ent that has been running well for many years. It has been the default free spin game for welcome offers among all the slots since I can remember. As an experienced player, I still enjoy these slots a lot. The simplicity of Starburst outperforms many slot machines with some really cool bonus features. If you’ve spent a decent amount of time playing online casino, you’ve tried out the Starburst free spins there for sure. Having welcome free spins in the Starburst slot surely has its perks. It’s a great way for new players to get insight in how slots and online casinos work in general. Old casinodogs like myself love to get free thingies to enjoy so free spins are always very appreciated, especially in Starburst where you can win up to 50,000 coins!

The reason to why the rock beat scissors is simplicity and composition, which is the same reason to why Starburst beat many complex slots that have a bonus game and/or a jackpot. You win both ways in the Starburst slot, with regular spins as well as during the re-spins. While Starburst is a simple slot, it’s also an incredibly solid slot machine. Never have I ever had any issues in Starburst and I can’t imagine that anyone ever had. The re-spins always kick in as soon as the wild symbols are covering a reel and there’s almost always a decent win involved in these exciting scenarios. Apart from ensuring a pleasant casino experience, Starburst has a great RTP. A slot with a high RTP indicates that you should be able to get more value out of your money than by playing another game with a lower theoretical return to player. When doubting a lot, trust the Starburst slot. 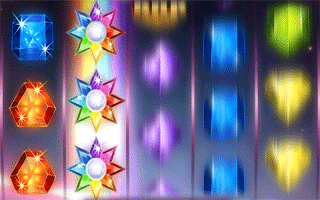 Whenever a wild symbol appear in the Starburst slot, the wild symbol(s) expands to cover the whole reel. You will get a re-spin as soon as the initial spin is finished, the wild reel will remain wild during the re-spin. The Starburst slot contain 5 reels, wild symbols can be found on the 2nd, 3rd and the 4th reel. You can get 3 wild reels on 1 spin if you’re lucky, but the wild reels can also show up on a re-spin. All wild reels are sticky until the game round is finished, meaning that the wild reel from the first spin will stay on the reel until all re-spins have been played. It’s possible to get up to 3 re-spins during one game round in the simple but fantastic Starburst slot. 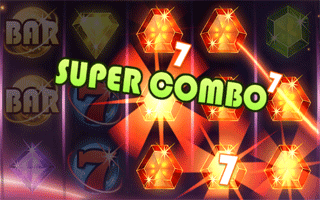 Starburst have a very high RTP, you might ask yourself why. Compared to lots of other slots, Starburst is a slot machine where you can win both ways. Left to right & right to left. There are no bonus features in this slot but on the other hand – there are loads of big wins and mega wins up for grabs. The wild reels only occur on the 3 middle reels, out of 5 reels in total. By having wild reels in the middle, you are increasing your chances of winning big as the first and last reel determine what symbols to combine with any potential wild reels in the middle of the Starburst slot. 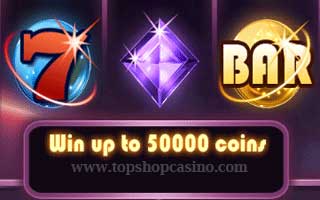 The Starburst slot is where most casino players start playing online. Most online casinos give welcome free spins in the Starburst slot which is why it's such a popular slot machine online. You can win up to 50,000 coins without any bonus or free spin features. Make the stars burst! 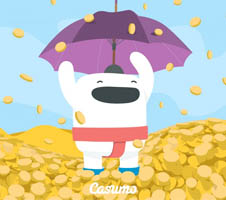 Casino of the week!